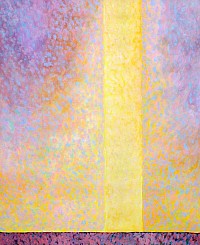 Light Mandala, Art to save the World
by Rachel Flower 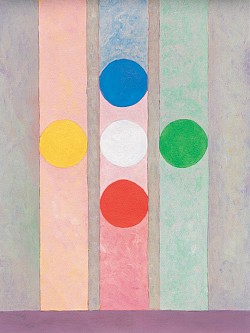 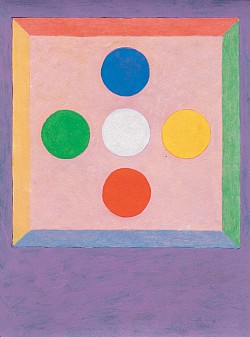 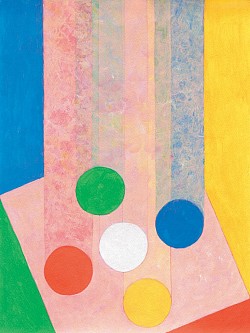 743 Light Mandala 3
Picture the scene. You enter a public building, walk across the foyer, and choose a seat. As you ease yourself down, an inexplicable calm comes over you. You feel suddenly more relaxed, more clear. You may even sense a colour around you, not visible, just a feeling. Perhaps after a while you shift to another chair across the room. Here you feel suddenly more light, more aware, and alert. How come? The scene is the same, no spectacular picture on the wall. This is a fairly normal space. No music either let’s say. Same foyer, but such distinct experiences.

Well, actually there’s an art installation in that foyer, but you just can’t see it. It’s a new (and ancient) art form that requires no paintbrush, no canvas, or chisel, or stage. No costume, no instrument. Just the ability on the part of the artist to concentrate, and the desire to add something special. Of course a sense of aesthetics helps too.

This is extra-sensory art, and it’s going to take the 21st century by storm. With lightning.

Light. It’s talked about a lot these days. Colour therapy, crystals, light meditations, light networks, and so many new age style conferences focus around this issue of stepping into the light, physically and metaphysically. Invoking the light, the dawn, the awakening. But how about architecture in light? Constructing invisible light forms which can have an influence – conscious and unconscious – on those who step into its ‘beam’. This is a new form of exploration in art developed from an ancient understanding of cosmic energy and how to tap into it. These days many spiritual masters and new age healers over the world have stepped into this realm and are setting light pillars and energy vortices in strategic places around the world. But as yet, such work has not been considered as art. One Swiss born architect-turned artist, Pierre Wittmann, would like to see that change. With an eye for structural beauty, and a deep appreciation of the power of colour, Wittmann wishes, at the same time, with his art to step beyond form into the subtle realm. He invites us too to make that step and see how it feels to be in a pillar of green, or a pyramid of blue. How colour, though invisible to the physical eye, can touch and nurture the inner eye.

Born into a family of artists Wittmann has been painting for most of his life, even through the years of his architecture studies. Beginning with more figurative art his style became more and more abstract. Looking at his early paintings gives the feeling of just having landed on the earth from another planet for the first time and seeing everything as separate from its living content. Simply form and colour. Slowly, as his interest in Buddhism deepened, Wittmann’s art evolved beyond externals to more conceptual themes, such as Chinese calligraphy and Tibetan mantras. He has lived and travelled in many countries, including much of Europe, Asia, Tahiti, and North and South America gathering experiences, painting in different styles and holding many exhibitions. Part of his work during those years involved designing monumental sculptures for public places. He then settled in Thailand in 1988 to further his Buddhist studies. His time was spent painting, translating Buddhist texts, illustrating and publishing spiritual books, visiting spiritual masters and meditating in monasteries. Later he began to lecture in Bangkok on some Buddhist themes. Over time, partly due to his interest in spirituality, his art grew more abstract, shifting beyond recognisable forms towards unidentifiable shapes and patterns, usually in very bright colours. These ovals and threads, twirls and geometrics, illustrate various Buddhist principles, such as the four noble truths or the eightfold path. His feeling is that he wishes to use these abstract forms in his work to take himself and others beyond form altogether. After all, when we see things outside our narrow band of receptivity, on either a macro or micro level, they become just patterns once more and the external form is meaningless. Shapes beyond meaning, yet clear, neat, well defined and well structured.

"Sometimes I try to get outside structure, to make my painting more flowing, but somehow I am always pulled back to it," says Wittmann, "because I think that structure underlies everything subliminal in nature. It emerges from chaos. When you look into chaos you find structure."

It is this great love for architecture and his deep interest in spirituality that has led Wittmann to combine his talents and dabble in this new art medium. Wittmann’s interest in the esoteric has drawn him to study and master Reiki and several other healing techniques in which he is using this light manipulation in a directly beneficial way. This energy, present in all things, infuses life, governs the physics of elementary particles, and so interweaves all things in the universe, including planets and stars. And the special beauty of this energy is that it responds to the laws of harmony, wisdom and love. Wittmann knows that this energy can be tapped into by anyone and is beyond theory and dogma. It just needs to be invoked and channelled for use not only in healing people, but the planet also. He sees that combining this with his interest in light architecture offers an exciting new way to benefit more people and help them connect once again with their own light within. After all, it’s well known these days that each of us possesses auras of different colours and shades of light. Other living things also emanate this light. And so by manipulating and working with these unseen energies we can all regain some of the balance we have lost in our increasingly material existence.

And this is where art comes in. Wittmann feels that art can bring another dimension to healing, and, depending on the circumstances and the space, he performs his installations in the form of guided meditations, peace ceremonies or mystical happenings. Other art forms are sometimes included with artists performing harmonic singing, chanting, dance, music or poetry to add to the power of the moment.

Interest in this field is growing. Already Wittmann has been invited to speak on extra-sensory art at several congresses and gatherings in different countries and he hopes to inspire more artists to network, share their experience and skills and co-ordinate their work. Building invisible (yet seen to some) light structures in public places or even in private homes can help create a sense of harmony and hopefully more peace in the world.

"The time is changing," says Wittmann, "now the energy is much more powerful. In the last couple of years there has been a shift from the material towards the spiritual dimension. More people are interested in accessing other dimensions and this energy is becoming available."

After years in Bangkok and then Hua Hin, Wittmann moved to Chiang Mai in 1997 happy to discover the growing awareness in the value of holistic lifestyle, natural healing and spiritual development. He hopes to combine his many years of spiritual experience with his artistic talents to help more people to heal themselves and discover their own wisdom. In 1999, Wittmann was invited to install a light mandala in the Dhamma Park Gallery, a UN registered project based in Northern Thailand, which aims to create the first ever theme park dedicated to the teachings of the Buddha. Four coloured pillars were situated on all four sides of the hall, one for each cardinal direction, with a central white pillar rising to encompass The Fountain of Enlightenment, a white stone spiral showing the nine stages of consciousness which lead to nirvana. The installation represents the mandala of the five Buddha families, with each pillar of light symbolising the Buddha of that colour, the element related to it and the virtue that this Buddha brings about by transforming the corresponding defilement. For example, the white central pillar represents the Buddha Vairocana, related to the element of space, and which manifests wisdom by transforming the defilement of ignorance.

So who’s to know what will evolve in the world of art over coming years. But one thing is for sure, that as the world hurtles ever more deeply into materialism and violence, the need grows for powerful tools to raise awareness and help reverse things before we go too far. The thunder may come, the lightning may slash through the skies, but let’s hope the colours are plentiful and reach way up into the heavens.

Rachel Flower is a freelance writer. She was based in Chiang Mai, Thailand, for many years and lives now in the US.